From September 25 to 27, the Czestochowa Pilgrim Icon reached the Virgin of Lourdes Parish where the parish priest is Fr. Carlos Muñoz. She was received by ladies from the Blessed Sacrament Prayer Group, who helped place Her next to the altar and adorned the Icon with rose petals.

This parish is located in the Suburb of Guayaquil, a sector south-west of the city, where poor people live. This neighborhood began in the last century with informal settlements on the banks of the Estero Salado, when the urban growth of Guayaquil became uncontrollable.

Maria Veronica Vernaza, custodian of the Icon in Guayaquil, gave an explanation about the importance of the Ocean to Ocean Initiative. In the end the prayer cards where the image of Our Lady is on one side and on the other the prayer of Saint John Paul II from the encyclical Evangelium Vitæ were distributed, and everybody recited the prayer all together.

Then they prayed the Holy Rosary and the Holy Eucharist was celebrated.

With this visit the series of visits of the Pilgrim Icon in the city of Guayaquil has been concluded. 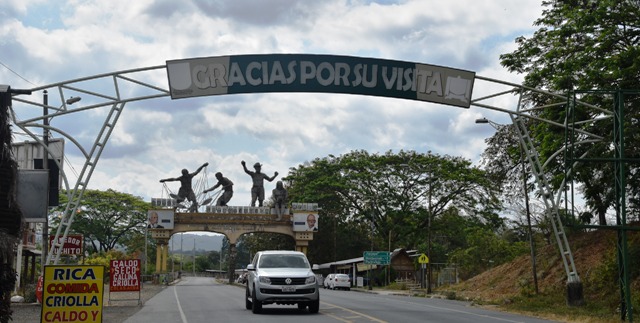